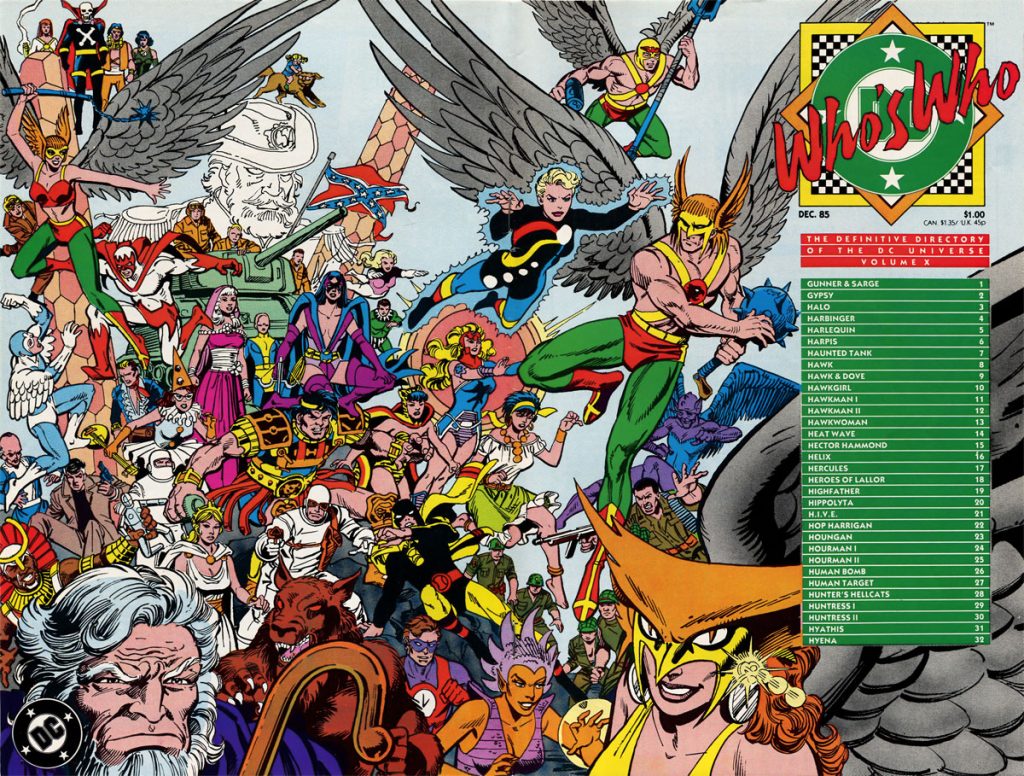 If “Crisis on Infinite Earths” is the book that made me a comics reader then “Who’s Who: The Definitive Directory of the DC Universe” is the book that cemented my future as a comic book nerd. I use the term “nerd” affectionately and with pride.  In the past it may have been used as a pejorative but I think it has come to be a compliment and certainly a badge of honor as a term that is earned and not given. Either way, however, I enjoy being a comic nerd and “Who’s Who” is one of the early influences that made me into the person I am today.

“Who’s Who” came out at around the same time as “Crisis on Infinite Earths” and served as an encyclopedia to all the characters in The DC comics universe. Each issue covered a couple of dozen or so characters with full color art, brief histories and statistics on powers and weapons. Already pretty awesome right? Now, imagine a 10 year old boy who just got interested in comics by way of his new friends in a new town. Here was a kid desperate to know more about these characters so he could be part of the conversation (and also because he really loved superheroes) and at that moment he finds this comic or, more precisely, this series. 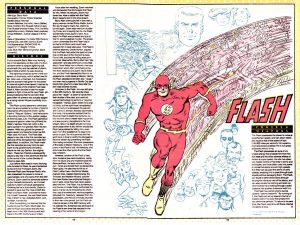 It is important to understand that “Who’s Who” wasn’t just a single issue but it was a multi-issue series that spanned several years and 26 initial issues. Once a month a new issue came out and I devoured them as soon as I could get my parents to buy the next installment at the local grocery store. I still had not discovered comic books stores nor could I have gone to one regularly anyway so the ONLY time I could get a comic was if I found it while shopping with my parents. I can still remember the thrill of finding a new “Who’s Who” on the shelf every so often. I would scour the spinner racks at the pharmacy or the magazine rack at FoodMax and then beg my parents for the dollar to get the issue once I found a new one. I didn’t always get it either which was devastating. I invented ways to try and hide issues until the next trip like putting a copy behind the “Home and Garden” magazines in the hope some other kid would not find it back their and snatch it up before I could buy it myself. I don’t know if that worked but it made me feel just a bit better about not getting the issue that day. Sometimes it would be months before I got a new issue but somehow I managed to get every issue that followed my first one, issue #10. 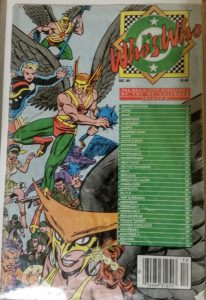 was great because it was just pages and pages of character back stories and wonderful art that was like getting multiple comics all in one book. You could read it cover to cover or just drop in to read a little about one character. In school kids would bring there issues in and during breaks we would sit around just going through them laughing at the silly characters and having deep discussions, deep for 10 year old buys, about the more serious heroes and villains. It was the kind of pure fun that often doesn’t come around anymore. I learned enough from those books to at least fake my way through comics conversation even when I really didn’t know the complete details. “Who’s Who” helped me make friends and feel accepted at a time when my world had been turned upside down.

The book pictured is my original copy of issue #10 which was my first “Who’s Who”. I didn’t come into the series until halfway through the initial run and it didn’t matter because there was so much material to read. You can tell this book is dog-eared and worn out and that is because I read it over and over. I don’t think the cover is even attached anymore. At any point when I was bored or sent to my room I could pull out my  “Who’s Who” issues and be content studying all the characters for hours on end. As the months went on and my comics collection grew, “Who’s Who” remained the most important of books. Without “Who’s Who” I don’t think I would have found such a passion for the medium. “Crisis on Infinite Earths” was great because it had all the characters in action but it was “Who’s Who” that told me who these characters were, where they came from, and why they were important. “Who’s Who” was the key that unlocked it all.

Looking back on it now I think I can also lay the blame on me being a complete DC Comics fanboy rather than a Marvel fanboy at the feet of “Who’s Who”. I read those issues that I owned so often that talking about those characters became second nature. While Marvel also had a similar series their books were a lot denser and I remember not enjoying them as much. I never connected with Marvel and I think “Who’s Who” has something to do with that. The combination of “Who’s Who” and “Crisis on Infinite Earths” locked me in to DC and I have never been able to develop a taste for Marvel even though I have certainly tried over the years.

I read and collected comics for a few years after this point but it was a hobby that was doomed to end because I was a kid and didn’t have money nor did I really have access to a comic book store on a regular basis. By the late 80s I was done and had turned my focus to fitting in with my peers in a different way. Comics became that thing I loved as a kid and I would occasionally revisit my old issues but I lost my way for a while. I still loved superheroes but I was more interested in thinks like the 1989 “Batman” movie and video games based on the characters. Comics faded from my life. I don’t show that I own a single issue from 1988 so I must have completely stopped in 1987 around the time “Batman: Year One” finished up so I was only really into the hobby for about 2 years but it was a magical 2 years and I saw a lot of seminal work during that time even though I didn’t know how important the period would be as it was happening.

Five years later comics came back into my life in a big way and changed everything forever.