A few years back I wrote a two part post about my journey through comics up to that point. It covered the three ages of my life where I was really into comics and the dark ages in between. The posts can be found below.

While those posts do a good job of laying out how I came to comics, what sent me away and what brought me back, I only briefly mentioned some of my favorite issues. As I have been considering new things to write about to breath some new life into this site I started thinking about these posts and maybe revisiting the reasons why comics are important to me as I enter my 40th year of life. Thus was the genesis of what is to be a new series here called “Why I Comics”. I plan to pull out issues from my collection that have some kind of special meaning or story and just kind of talk about them for a bit to document why I have this fringe hobby and what keeps me coming back week after week. I hope it is interesting and maybe inspires others to join the many other comics fans in the world. Now, on with the show.

I can’t really be sure what the first comic book I ever had really was. It is certainly possible and even likely that my parents or grandparents gave me a Mickey Mouse comic or an Archie comic when I was really young but if they did, none of them survived my toddler years. The book I do remember is Krull #2 from December of 1983. How this book manager to survive my eight year old self and then travel with me for 32 years I will never know but it did. The edges are worn, the cover is completely off and it looks like exactly what it is, a well read and well loved comic owned by a child. 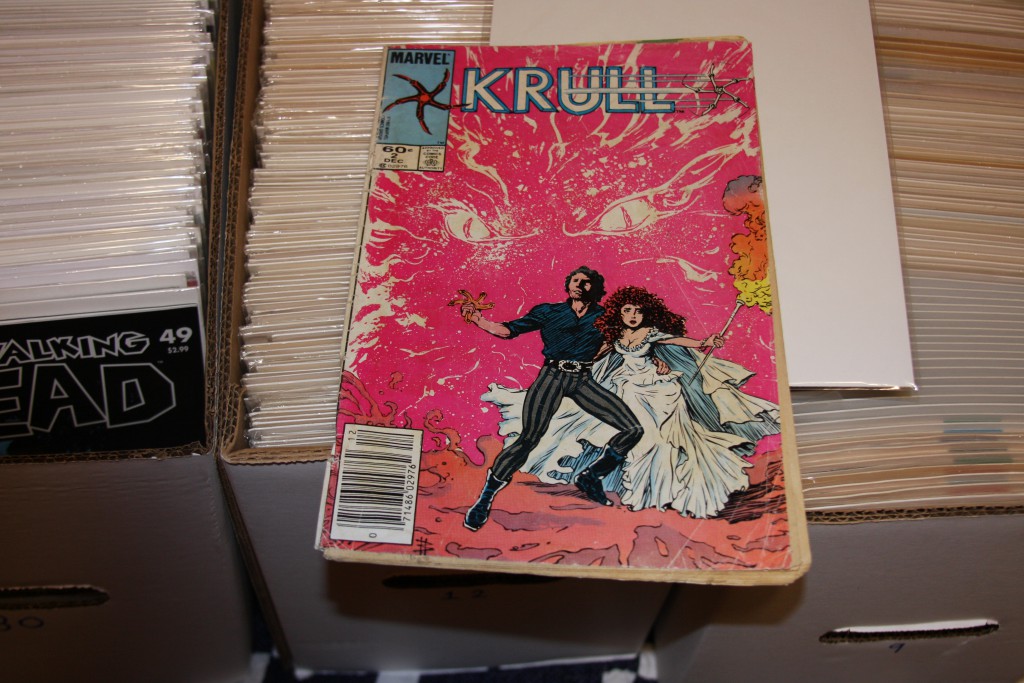 If you aren’t familiar with Krull then let me give you the high points. Krull was a Sci-Fi/Fantasy film that came out of the post Star Wars era. It combined the sword and sorcery epic with an evil empire led by a dark and powerful force. The Star Wars influence was all over this movie including an impenetrable fortress and soldiers armored in all white. I don’t necessarily want to review the film at the moment but it is notable for early film appearances by Liam Neeson and Robbie Coltrane, that weird teacher from Willy Wonka and the Chocolate Factory, and a pretty awesome score by James Horner.

I can remember seeing the trailers for this film on TV but I never got to see it when it came out. We didn’t go to a lot of movies when I was young (which probably explains why I go all the time now) but just the idea of this film fascinated me. I was a HUGE Star Wars nerd (still am) and this film looked to scratch that itch for high adventure. At some point around its release I got this comic. I have no idea who bought it for me or where it came from but I can only assume it came from a spinner rack or store shelf at the grocery store. In 1983 this would be the only way I ever came across comics. Having the comic meant I could play out the movie in my head. This being issue #2 it starts right in the middle of the action. Seriously, the first page begins with what is probably the creepiest part of the whole film, the swamp battle! You have this great swamp fight, a wizard, a cyclops, and the hero. For an eight year old it was AMAZING! I didn’t need issue #1 as this had all the best parts. It has section with a giant spider, fire-mares, an awesome throwing star/glaive weapon, and a really menacing bad guy that gets defeated at the end. This was my first “real” comic and it could not have been more appealing to me!

Looking back on the book now it is pretty awful. The art is bad, the story is mostly just told rather than shown and it crams a lot of story into the second of a two part comic. Honestly, the movie is pretty bad too but it remains one of my guilty pleasures and how good is Freddie Jones right? None of that matter in 1983 though. Here was a book that let me experience a film I wanted to see but couldn’t and I could go back to it as often as I wanted. I think that is what led to me getting into comics the most as a kid. I could go back and read these over and over again and have that joyous experience every time. Reading this book never got old for me and that probably explains why I still have it today. 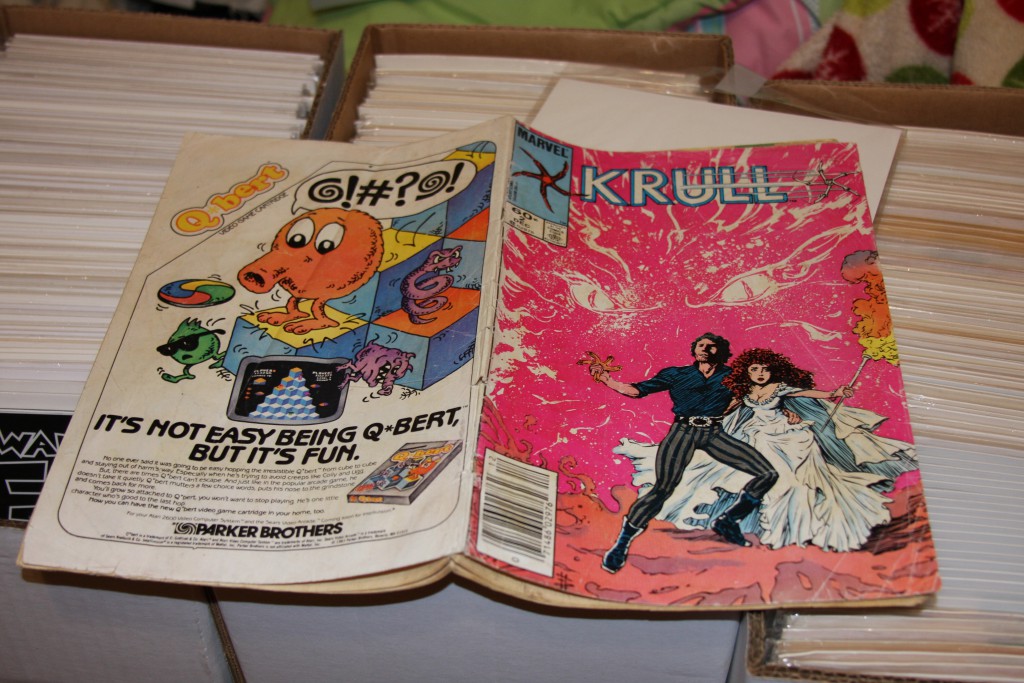 This was my only comic for the next few years. I don’t remember having another book until 1985, there is nothing in my collection from those intervening years, and then my obsession exploded. While that is a story for another day, it is important to remember that it began with this poor movie adaptation comic. I think I learned that comics had everything I cared about. Things like Sci-Fi, Fantasy, and that they could be about movies or TV shows or whatever! I didn’t buy many adaptation comics through the years and mostly the ones I got were bad but I always remembered this one and how it was the stand-in for a movie I wanted desperately to see but never could.

The book today is worn but readable. I have certainly seen books in worse condition but this one can only have sentimental value at this point. Come to think of it, even the most well preserved books in my collection really only have sentimental value but this one is one of my “keys”. It isn’t a first appearance of anything, it isn’t rare, and it isn’t something that is sought after in the collectors market. It is my first comic and that gives it a special spot in my collection.

Tune in next time when we talk about one of the most important mini-series in all of comics.