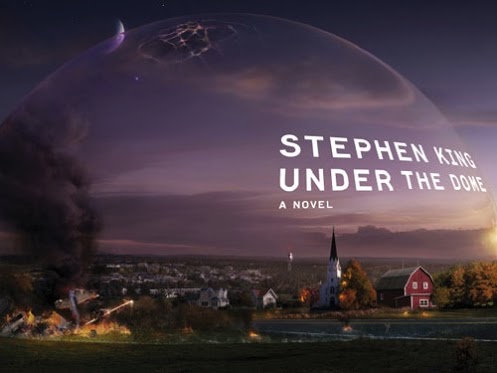 I have Under the Dome by Stephen King on my reading list for this year.  I wasn’t sure that when or even if I would actually get around to it but some news I read yesterday pushed the book up to the top of the list.  This summer CBS will be airing a 13 episode adaptation of the book.  I have seen some indication that this will not be the entire book and that, if well received, it will be renewed. Other things I have read point to this being a complete adaptation.  I haven’t done a lot of research on the series but the news excited my interest in the book.

I have had the book on my shelf for a while but always seem to find something else to read when it comes time to start a new book.  I lost a little interest in King after I finished The Dark Tower series.  For a time my King infatuation ran pretty hot and I devoured much of his library.  His later work didn’t excite me much and even though I continued picking up his books, I often left them to languish as I read other things.  Now, however, I am looking forward to getting through the book and then experiencing the series when it debuts.  I am hoping that this book provides a similar experience to what I had when I first read The Stand.  That book blew me away when I read it as a kid.  As an adult I don’t know if anything can make quite as strong as an impression but I am hoping Under the Dome gets close.