I happened to catch the second half of Superman – The Movie today on some random cable channel.  I have this on DVD and could watch it any time but something made me stop and watch it today.  There are some completely silly moments in the film, especially the reversing the Earth’s rotation to turn back time, but overall the film is strong and holds up very well.  What kind of caught me eye this time is Christopher Reeve’s portrayal of Clark Kent versus how he portrayed Superman.  Looking at it from a fresh perspective really makes me realize how outstanding Reeve’s work in the film is and how clearly he got the character. 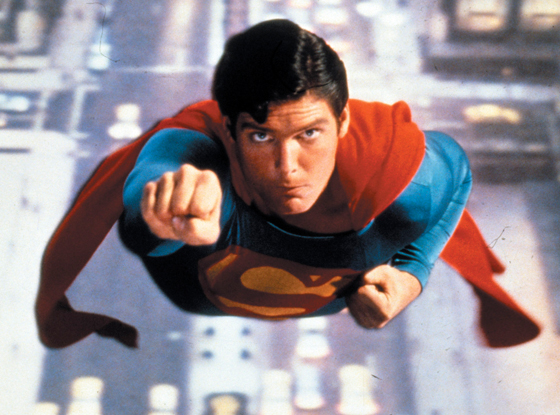 Superman is a tough character to write.  Especially in the modern age.  He has near god-like powers.  He is free of any obvious moral ambiguity.  The worst insult anyone can through at him is that he is too much of a “Boy Scout”.  Every time a writer has tried to change this the attempt has failed.  People say they aren’t interested in reading Superman and yet no one will accept any modifications to the basic character.

For an actor I imagine portraying the character is equally difficult.  Your portrayal has to be dead on or the entire film fails.  There isn’t much room to make the character your own.  I think it is for this reason that Reeve’s work is genius.  If you go back and look at the film, Reeve does something very deliberate with Clark versus Superman and it all starts with one simple premise, Clark Kent is the costume Superman (Kal-El if you want to get technical) wears.  I think really understanding this is important at getting to who Superman is and Reeve does it beautifully.  In the film Kent is dorky almost to ridiculousness.  It is a little over the top.  I believe Reeve does this on purpose.  Superman is who he is at home.  Kent is the act and Kal is not a good actor.  Kal has a very hard time with deception.  It appears that Reeve understood this and made his portrayal of Kent so over the top that it should be clear that it is an act.  As Kent, Superman is trying to distance himself from anything Superman but he doesn’t really pull it off smoothly.  I was really amazed at how Reeve played Kent and how uncomfortable in his own clothes he seemed to be.  Reeve could have played Kent as a geek but one who could blend in and disappear but he didn’t.  This Kent sticks out.  I think it is great.

What is also interesting is watch how Reeve becomes Superman.  As Superman he is confident, sure of himself, completely at ease, and never seems to be out of control.  This is how we can tell that Superman is the real person and Kent is the costume.  As Clark he always seems out of place.  There is a moment right before he takes Lois on their first flight together where he almost tells her he is Superman.  Watch this scene very closely.  Watch the transformation that happens.  It’s subtle but everything about Reeve changes.  Really great work and I think underrated because of the “superhero” subject matter.

The Superman story is the ultimate in nature versus nurture.  In this case it is also interesting to note that the Clark growing up on the Kent farm before going to Antarctica is different from the Clark that arrives in Metropolis.  It is too bad that we don’t get to see him back on the farm with his adopted family.  I am sure he would be more like Kal than Clark.  As I think about it I wonder if there are three distinct people here.  The Clark that everyone sees, the Clark that is at home and then Kal- El: Superman.  The exploration of what makes a man is what is interesting about the Superman mythology.  Not all the powers and villains.

If you get a chance, go back and watch the film again and really watch what Reeve is doing in the film.  It is some great work in one of the best comic book movies ever made.