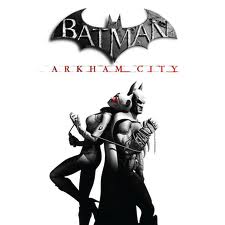 It is rare these days that I purchase a new video game.  It is an expense that just can’t be justified most of the time.  So, when I do buy a game I consider the purchase very carefully.  I decided to pick up something new for my birthday earlier this month and I whittled the contenders down to 3:  Batman-Arkham City, Gears of War 3 and FIFA 12.  I own previous versions of all three of these titles but ultimately Arkham City won out.  The first game was just so fun that I couldn’t allow myself to get anything else before I had this game.  Gears of War 3 was a strong second because I am really interested to see how the final game finished the story.  FIFA 12 would be fun but I didn’t feel that strong about another sports game so Batman it was and boy did I make a great choice.

Everything that was great about the first game, Batman-Arkham Asylum, is back and quite a bit has been added.  The fight controls are silky smooth and the additions of things like quick use gadgets and multiple counters give the regular fights enough variety not to get repetitive.  Arkham City also includes a wealth of side missions which add and enhance the main story and, on occasion, are actually more interesting than the primary objectives.

The voice acting is fantastic and I can’t help but be a little sad knowing that this is the last appearance of Mark Hamill as the Joker.  They really ramped up the character appearances as well which I really enjoyed.  For some players the Batman’s large rogue’s gallery might get confusing but I love all the nods to all of the Batman mythos.  I will say there are a few moments where I wish the Scarecrow sequences from the first game were back.  City tries some similar moments but they never seem to live up to the original sequences but there is a variety in the enhanced reality sequences that is enjoyable.  So far I have run into The Mad Hatter and Ra’s Al Ghul during these bits.  Fun stuff.

Those that enjoyed the Riddler challenges from the first game will be quite pleased at the number of puzzles to solve and trophies to collect in Arkham City.  The environment is covered in the Riddler’s handiwork.  I think this could have been toned down just a bit but it does add a different element to the game.  If a player is tired of the hand to hand combat then working out some of the Riddles is a way to change things up a bit.  Some trophies can’t be accessed without a certain gadget though so you’ll have to come back to quite a few of the trophies spotted during the course of gameplay.

The game is also full of unlockables including playable characters, background information, production work, and challenge maps.  I haven’t really taken a solid look at the extra content but I can say that it is quite deep and detailed.  I am particularly looking forward to playing some of the challenges once I get through the main game.  The fight challenges from Asylum were quite fun and a great way to have some fun with Batman without having to jump into the full game.

Batman – Arkham City is one of those games that you want to play even when you are not actually at a console.  I love single player games that have a strong story and Arkham City fits that bill perfectly.  I suspect I will be playing parts of this game for months to comes so value wise I am very happy.  If you are looking for that single, great game play experience for the holidays then you can’t go wrong with Batman – Arkham City.