I spent most of Saturday surrounded by people who are passionate about technology.  Birmingham BarCamp made it to its fifth iteration over the weekend and I was delighted to be in attendance.  I heard and participated in quite a few interesting debates and discussions and came away with a wealth of new ideas and new things to try out.  On the negative side, it became quite clear to me that I was woefully behind when it came to personal technology.

I have traditionally been a slow mover when it comes to mobile tech.  I was late to the party to get a mobile phone, I didn’t get a phone that could text or email until about three years ago, and until late Saturday afternoon, I did not have what would be considered a “Smart Phone”.  I spend most of my time at or near a desktop so mobile internet hasn’t been much of a concern of mine.  I also don’t like to be held to a “company” plan so I pay for my mobile services out of my own pocket which leads directly to me not spending a lot of money on mobile.  At BarCamp, however, this approach left me out in the cold.  The venue for the event did not have open Wi-Fi which meant I could not fully participate in the conference.  I had my iPod Touch which is a great device and almost identical to an iPhone when used on Wi-Fi networks but it is near useless when a network isn’t available.  So I was stuck texting/tweeting/sending pictures through my old “feature” style Samsung Rant phone.  To be honest, whipping that thing out at the conference was a bit embarrassing. 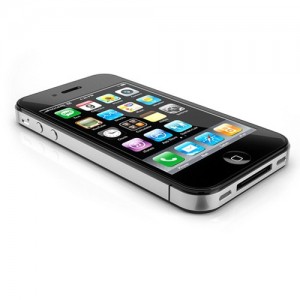 I am a Sprint customer and am happy being so.  The family plan we are on is the best value for our money and I have been very happy overall with my service.  The one big problem, obviously, is that Sprint does not yet have the iPhone and that is the phone I have been holding out for.  While I am not an “Apple Fanboy” and I have never used or owned a Mac (although I would like to so if anyone would like to donate one to me please feel free), I have been using Apple iPods for years.  I received an iPod Touch for Christmas and have absolutely loved it.  I have become invested in the Apple environment on both a level of comfort and experience and in monetary purchases through the App Store.  Moving to an iPhone would have been a natural move but leaving Sprint would be an expensive process especially considering I would then need to buy not one but two new phones.  So, I waited and hoped an announcement from Apple and Sprint would come.  Then, BarCamp came and things changed

After about an hour Saturday, I knew the time had come to make a decision on upgrading my mobile device.  My phone at the time looked rinky dink even to me.  How could I expect someone to take me seriously as a professional when my phone was so outdated?   Since changing service providers was not an option I was pretty much left with only one choice…get an Android phone.  Oh sure I could have gone with a RIM device or even a Windows Phone 7 unit but really, did I want to be snickered at even when I had a NEW mobile device?  Not really.  So, Android it was.

I work with guys who have Android devices and seem happy with them and so I took the plunge and picked up a Samsung Epic 4G.  It only cost me $99.00 because I was long overdue for an upgrade.  Still, as I waited for the the data transfer from my old phone to my new phone to complete I looked longingly at the iPhone display and wished that somehow I could have just gotten one of those units instead.  Alas it was not to be and soon enough I was headed out of the store with a new, Android mobile phone and all was right in the world…or was it? 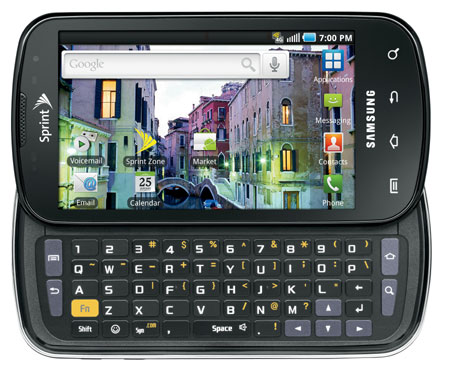 I have to say my first 24 or so hours with the new phone was an exercise in frustration.  So many of the things that have become second nature to me using iOS (through our iPad and my iPod Touch) just don’t work with the Android phone.  Integrated inbox?  Not if you use both Gmail and Exchange accounts.  Flawless touch?  Nope.  I can’t seem to get the hang of the virtual keyboard on this unit while the keyboard on the iPod never gives me much trouble.  Easy folder creation for app organization?  Not exactly.  There are a whole host of other issues/complaints but the overall feeling is that the Android experience just isn’t as intuitive as the iOS experience.  That doesn’t mean I won’t get used to it and learn how to leverage its strengths, but my first impression is that I still want an iPhone.

I am pleased with at least one thing and that is the shear fact that I can finally say that I have entered the Smart Phone age.  I will still carry my iPod with me and will likely use it for most of the things I do on a mobile device.  I guess I could even use the Epic as a mobile hotspot and then use the iPod for its functionality.  Kind of a best of both worlds  thing but we’ll just have to see how my usage plays out.  I feel pretty confident right now, however, that IF Sprint gets the iPhone I will trade up to one with great haste but until then I think I can be happy with Android.  Maybe I will even come to love it.