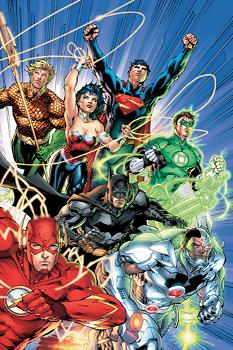 Last week DC dropped a bombshell on the comic book industry.  The #2 publisher announced that, starting in September, they would renumber all of their books resulting in 52 #1 issues and make all new issues available the same day as a digital download.  The reasons for this bold move are clear.  DC knows that something needs to change or the industry itself is going to die.  The numbers of issues sold across all publishers have been in decline for quite some time and DC has seen its market share drop by double digits.  If publishers are unable to attract new readers and capitalize on the growing popularity of digital distribution then eventually the fan base will not be strong enough to support the industry.

Within the comic book fan base there has been a lot of discussion about how the reboot and renumbering is going to affect the years of continuity behind iconic characters like Batman and Superman. Do all of the stories from the past lose meaning?  Will fans that have years invested in certain characters and storylines find this a convenient time to jump off and move on to something else.  Will anyone really care?  I have plenty of thoughts about this but I don’t think the renumbering/reboot issues is the critical issue.  What is critical is the day and date digital strategy and how it will grow or kill the market.

It is clear that the Kindle, the iPad, and Nook along with other handheld readers and mobile devices have changed the game when it comes to publishing.  There is no doubt that the comic book publishers see this growing phenomenon and want to evolve their industry to take part in the growth market.  The way I see it, however, the comic book publishers have a unique challenge not faced by the book industry.  Comics don’t have a New York Times Best Seller List.  No one is reviewing the latest issue of Batman in local newspapers.  There is certainly no weekly television review show that focuses on comics.  The problem, therefore, is that if comics are only published digitally how are potential readers going to find the books?

Look at it this way, comics have traditionally found new fans by putting books where they can be found.  Magazine racks in grocery stores, book stores, etc.  This is where kids find the books.  Over the last 30 years some of this has shifted to local comic book stores.  Even with the LCS there is a physical presence.  My local shops loves to tell the story of their early days in business where their foot traffic increased drastically when they put a neon Batman symbol in the window.  People saw the sign and came in to check things out.  If comics go 100% digital then all of the traditional vectors for new customers to find comics disappear.  The industry needs to find new, young fans that will get excited about the books and will stick with the industry into the future.  How will 10 year old kids find digital books?  Even those few kids that have iPads and the like won’t likely stumble across comics apps unless they are already looking for it.   How can the industry grow a fan base if no one knows to come looking for their product?

The shift to digital is inevitable but if the comic book publishers don’t find a way to market their product in a way that can grow the customer base outside of the long time fans then nothing they do story wish or technology wise will matter.  This is why the digital announcement is so important.  Releasing the books digitally is great but I have seen nothing that explains how DC is going to grow its market.  As it stands now I can only imaging the digital market cannibalizing the print market.  The publishers have to find aggressive ways to market the product and get readers interested in the books.

I find DC’s announcement exciting buy I am am concerned about the end result.  Is the comic book industry dying or are we looking at a resurgence of something uniquely American?  I hope for the later.