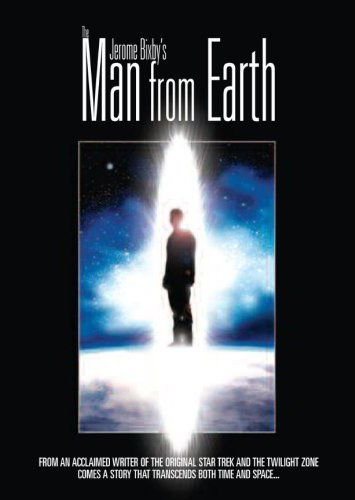 The Man from Earth has been in my Netflix queue for quite some time.  I have to be in the right kind of mood for a thought-provoking film so sometimes these kind of movies sit for a while before I get around to watching them.  That time came this week when I found myself practically alone with some time to kill before I went to bed.  I had also gotten a positive recommendation for the film from a friend of mine the same day.  I really didn’t know what to expect from the film when I sat down to watch it but I am really glad that I came into it without knowing much about the plot details.  I think this may have actually enhanced my experience with the film as I didn’t have any preconceived notions or expectations.  I wish I could view most films with such a blank slate but, for the big Hollywood films, this is not to be.  The good news is that in the current world of streaming we can discover films like The Man from Earth without having to live in places like New York or Los Angeles.

The Man from Earth is about a professor who reveals to his colleagues that he is actually a Cro-Magnon man who has lived for over 14,000 years.  The film takes place entirely in a small house that the main character, John Oldman, is vacating because he feels it is time to move on.  Oldman’s friends from the University have come to see him off but they sense something is not right about John and pressure him to tell them why.  John decides to tell them the truth which leads to a discussion of history, religion, and the consequences of seeing so much of human history.

I don’t want to give away any more of the plot because, for me at least, listening to John’s story unfold is part of the joy of the film.  What I want to talk about then is the actually way the story is told.  I mentioned that the film takes place in one location and that is entirely true.  It occurs in a house over an evening and in practically unbroken time.  The film is not one continuous shot but it is one conversation.  We don’t see John living in the past, we just listen to him tell about it.  Describing it that way may seem boring but I was really engaged throughout the film.  Maybe it was the historian in me coming out but I found this approach much more interesting than how similar material was approached in Darren Aronofsky’s The Fountain.  Of course when the big reveal of the film came along I had already bought into John’s story and found it to be both natural and in a way sad for the other characters because if they believed the rest of John’s story then accepting the bigger truth would be difficult.  In fact it nearly destroys one of them.  It is often hard to have this kind of emotional attachment to characters in bigger films because the real character moments are few.  In this case, however, the entire film is one big character moment.  It was a nice change of pace.

I think watching this film with a group would be even more enjoyable because of the discussions it can provoke.  Again it is hard to say much in this space without giving everything away but just think about how your life would progress if you never aged and never died.  Could you have relationships?  How could you ever have a home when people eventually notice that you never age?  What would you do with your accumulated knowledge?  What if your immortality was taken to mean something else?  These were the things I found interesting and watching the film was almost like having those discussions in my own home.  In fact it reminded me of discussions I used to have with people from high school and college.  I guess when you don’t have a family and a mortgage you have time to think about such things.

Funny, now that I think about it, a few of my favorite films deal with similar questions but always in a different way.  Highlander deals with it and so does Groundhog Day.  I must have a soft spot for stories about immortality.  The Man from Earth is another entry into the genre and a quite good one at that.  Give it a shot.  It has been available on Netflix for some time and I suspect it will remain so.  Even if you don’t have Netflix you might be able to see it somewhere else online so give it a shot and then come back and tell me what you think.