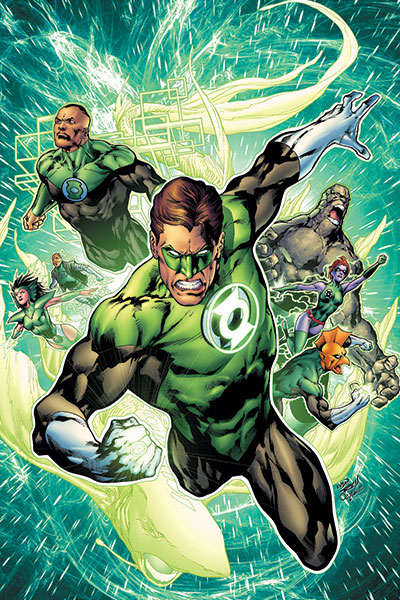 I read a lot of stuff.  Well, at least I used to read a lot of stuff.  These days I find it quite difficult to make time for reading.  I guess I understand now why I never saw my dad read anything while I was a kid living in his house.  I always though it was because he didn’t care to read.  I came to find out that it was really because he just didn’t have the time.  After work and soccer practice and boy scouts and any number of other things in support of his kids, there just wasn’t time for reading.  The funny thing now is that today my dad probably reads more than anyone I know.  He seems to burn through books now that he doesn’t have kid stuff to do.  I get that now.  I haven’t finished a novel in months.  Sometimes life just gets in the way.

That doesn’t mean, however, that I have completely quit reading.  Not at all.  It is just that I am reading other things.  Most notably, comic books.  Yes, I know I am 35 and have a graduate level education but why should that matter?  Good story is good story right?  Well, some of it is good.  Some is pretty silly but I enjoy it.  Comics are something I have been into for quite a long time.  If I had one hobby that has “stuck” it might be comics.  My interest often waxes and wanes but never disappears.  How could it?  With Hollywood constantly turning to comics for material no one is ever far from the medium even if they don’t realize it.  Think about it for a moment.  Two of the top ten highest grossing domestic films are directly related to comic book characters and much of the rest of the list is certainly influenced by the type of storytelling found in comics.  It may even be said that comics and the iconic characters that have been born from the genre are some of the few things in the creative world that are uniquely American.  It is odd but adult society looks at comics as something for kids yet the same people flock to television shows and films based on the stories.  Which brings me to my true subject today…the Green Lantern film.

By now most of you have seen either the original Green Lantern trailer or the recently released footage from WonderCon.  If not, then here you go.

Green Lantern has long been one of my favorite books if not my #1 favorite book.  I really enjoy the idea that a regular person can be great just through the power of their will.  I am also drawn to the idea of a corps of space policemen that are tasked with keeping the universe safe.  When it comes to the movie, however, I am afraid that the average movie goer just won’t get it.  I fear that the same thing that happened with The Watchmen will happen with Green Lantern.  The Watchmen is about a lot of things but it is really about the deconstruction of the comic book hero and, by extension, the comic book industry itself.  A lot of the underlying meaning is really lost on the general public and they are left with this sort of weird story about characters they don’t know.  Everybody culturally understands Batman but only a small percentage understand the character journey of Dr. Manhattan.

With Green Lantern my fear is that is that the subject matter will be too “comic booky” for most people.  There are a lot of weird creatures and bright colors and weird names and all of this sci-fi geekery may turn off Joe Moviegoer.  I hope I am wrong and that the public finds the richness of the world and the depth of the personal conflicts to be a refreshing change from the retreads of the more classic superheros (Batman, Superman, Spiderman…).  I am, however, looking forward to the film with trepidation.  This could go very wrong and be yet another disappointment in a long line of failed comic book movies.  Or, it could be something people really enjoy as a really fun adventure.  Either way I am comforted knowing that I can always go back to the book no matter how good the film is and no matter how well it does at the box office.  No matter what happens there is at least one advantage… 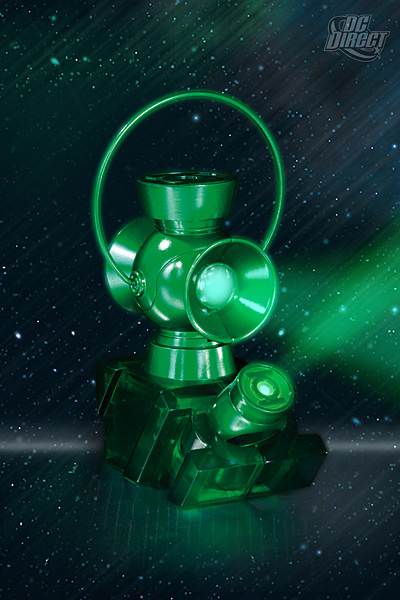 Never let it be said that I am not a sucker for molded plastic junk that is shiny and blinks!