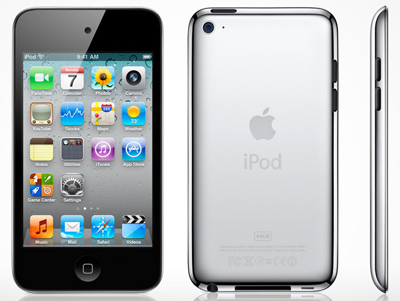 I have to admit that I am slowly but steadily becoming an Apple Fanboy.  The very first Apple product I ever owned is a 4th Gen iPod which I still use today.  I am now an iPad user and continue to lust after the iPhone.  I listened to Apple’s announcement early this week and found a few things that interested me as a traditional Windows user.

The first thing is the new iPod Touch.  It is past time to upgrade my iPod.  The battery only lasts 15 minutes and it has overall taken a beating in the five or so years I have owned it.  I haven’t upgraded yet for a few reasons.  Mostly it was because I was waiting to see if I would buy an iPhone when my current mobile contract was up.  I am still not sure I will.  It would require a carrier switch and the Android phones available to me are looking pretty sweet.  The other reason I have not upgraded is that the price to storage space ratio hasn’t gotten to where I want it yet.  My current iPod is a 30G and is almost full.  $299.00 for the new 32G version seems a little steep to me considering I won’t have all that much more storage space.  $199 would be a better price point as it would bring the 64G down to $299.00  I would consider the 64G at that price.  I have gotten very used to the IOS interface on the iPad and would like to carry that through to my mobile device.  The iPod Classic, while a great device, just seems antiquated in the face of the Touch.  Even tough I am not happy with the price, I like the newly announced features and the device is very attractive to me.

The other Apple announcement was for the new Apple TV device.  At first I thought it was junk but for $100.00 it makes perfect sense as a streaming device.  I don’t like the Apple model of “renting” content but I guess in some way that is what I am doing with Netflix…only at pennies per single show/movie I consume.  I see the Apple TV fitting into 2nd bedrooms, guest rooms and place where having a full cable/satellite connection is a little overkill.  I also guess it can fit in the living room but some of its features seem a little limited compared with other devices like the Xbox 360 and most Blu-Ray players.  Still, the price point and size are nice.

Apple certainly has reinvented itself over the past decade and a company I once dismissed is back on my radar.  So, anyone want to give this old Windows guy one of them fancy, new iMacs?