Seriously, what’s up?  I feel like I have been out of touch with most of the world for the last few months.  The unending routine of work, home, sleep, work, home, sleep has become so monotonous that I often feel more like a robot that has been programmed to walk between point A and B until its gears wear down than a living, breathing human.  It must be the crushing heat we have been experiencing here in the south.  It is slowing my mental processes and I am falling back on automated responses.

With that being said I have some random thoughts to throw out.  I hope something in the coming jumble of miscellaneous stuff is interesting.

If you have an XBOX 360 take some time and download the demo of this game.  It is beautiful and engaging.  I haven’t purchased it yet myself but I plan to when funds are available (and hopefully the price comes down a bit).  It really captured my imagination and my daughter and I have had several conversations on what the nature of the world is and what the boy is doing there.  From my understanding, this is all left open by the designers.

I know I have talked about this before but my writing is just plagued with typos these days.  This is especially concerning when it comes to Twitter.  I just can’t seem to catch my fat fingered typing mistakes fast enough.  It is a more glaring problem on Twitter because the Tweets are so short to begin with.  I don’t know if it makes me look lazy, stupid or both but it is really bothering me personally.  I just have to work at getting better at reviewing what I right before I publish it.  Even if the content is poor at least I can make it look professional. 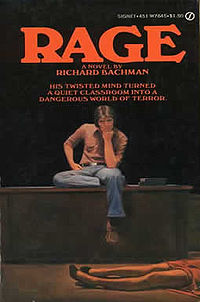 Stephen King published a novella called Rage under the pseudonym Richard Bachman back in the 70s.  It is about a high school student who takes his math class hostage.  After a rash of school shootings in the 90s King took the book out of print after connections to the book and the shooters came to light.  I have owned a paperback collection of Bachman stories since high school but for some reason never got around to actually reading the book.  I stumbled across the book recently while combing the attic looking for stuff to sell in a yard sale and decided it was high time to read it.  It wasn’t long after starting the story that all the thoughts I had in high school came flooding back.  All the anger and hatred for my classmates flared up fresh after almost 20 years of being forgotten.  I am a different person now but that bitter 16 year old is still in me and while reading the story I couldn’t help but remember how I often thought about what it might be like to take over the school and exact some revenge.  Obviously a clearer head prevailed and I made it out of high school like most everyone eventually does.  The sharp, visceral reaction I had to reading the story however took me a bit by surprise.  I had thought I had gotten over that period of my life but apparently some thing are just too formative to ever truly go away.

Today I am more concerned for my daughter and what she will experience growing up.  I would save her a lot of those experiences if I could.  The fights on the bus, the being afraid to go to the bathroom during school because of the nefarious acts that tended to go on in the restroom, the cliques, the insults, and all of the other things that occur in American institutionalized education will still be there when she gets to high school but maybe, somehow she can avoid them.  If not…well…I hope I can teach her to deal with them and get through it.  Living with rage is a bad thing and I would spare her that as well.

No, I am not about to go off again but I did want to share the following video.

There are some interesting thoughts on the end but what most interested me is the picking and choosing parts. There is plenty to be learned from the Bible. I have never denied that. The value that the Bible provides, however, does not make the rest of it true. One can find plenty of value and inspiration from any number of works of fiction but truth is often harder to come by.  It has been argued recently by people I know that the morality of the Bible is so self-evident (a questionable statement at best)  that the mere goodness of the morality is evidence enough for the existence of the Christian God.  That statement is akin to saying the values expressed in Heinlein’s A Stranger in a Strange Land are also so “good” that it proves there are aliens on Mars.  Ultimately what I believe Jacobs is pointing out is that we can find worth in the Bible even if some if it is junk.  I would agree with that.

Grant Morrison’s work on Batman is controversial at best but one thing you have to admit is that it is always engaging…even if you have no idea what is going on.  It looks like he is bringing the yellow bat symbol back to the costume and I couldn’t be happier.  I have always liked it and I am glad to see it return.  Check out the LA Times for more Morrison and Batman goodness. 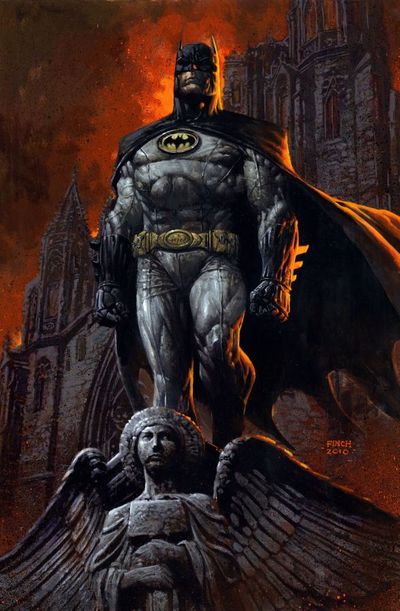 That’s good for today.  Hopefully I will be back tomorr
ow but as always…we’ll see.