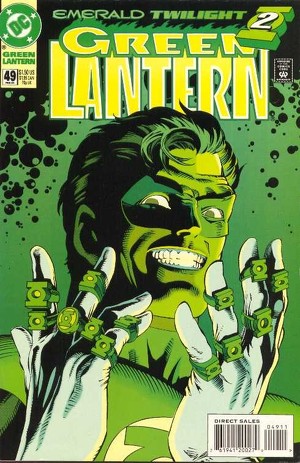 By 1995 I was losing interest in the hobby that had been a big part of my life for several years.  My favorite store had moved a couple of times and it wasn’t convenient for me anymore.  I had also gotten more involved at school and wasn’t working much which meant I had less disposable income.  Sometime during that year two things happened that ended my comic book buying for about a decade.  The first was my store, The Comic Strip, merged or sold out to the worst store in town (and by this time maybe the only store left), the infamous Lion & Unicorn.  The industry was shrinking as the speculator market figured out that the multiple copies of books they were hoarding away would never be worth anything.  The market demand disappeared and stores all over the country shut down.  The change meant a lot of loyal customers saw stores they loved disappear and were forced to deal with the remaining players.  I was left doing business with a company I had avoided as much as possible.  To put it simply, I loathed having to walk into Lion & Unicorn on a regular basis.  From poor customer service to rude and uninterested employees I quickly lost interest in reading comics and finally just quit going.  I still remember the good days at The Comic Strip where everyone knew my name and they would sometimes even order stuff for me just on the off chance I might be interested.  The other store didn’t really care and represented everything bad and stereotypical about the hobby.  I seriously think the Simpson’s Comic Book Guy used to work there.  At this point I was pretty much done but still occasionally wandered into a store if I found myself in the area.

The other factor that pushed me away from comics was my growing interest in computers and specifically the Internet.  I had been using services like Prodigy and AOL but found the old machine too slow to hold my interest for long.  It also could not play the games I wanted to play.  In early 1996 I bought a new PC which resulted in a spiral of late night Internet sessions that often lasted well into the early morning hours.  I spent so much of my time on the computer that most of my life during that time is really a blur.  I didn’t sleep enough during and limped through my last years at college in a bit of a sleep deprived haze.  The story of me and the internet is also a long one and concludes with me married and a father but that is a story (probably a more interesting one) for another time.  What is important here is that all comic book interest come to a complete stop.  I racked up nice sized bills for Internet access.  Remember, these were the days of paying by the hour.  Pretty much all disposable income (and more) was used up so there was nothing left for buying funny books.  On top of that I no longer had a comic book “home” so I didn’t feel like there was anything left for me in the hobby.  My time as a comic book fan ended.  At least for a while. 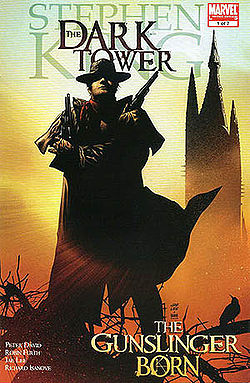 Life moved on as it tends to do.  I moved my collection from one apartment to another then to a rental house then to my own home never really thinking much about it.  I also never considered getting rid of any of it even when it became obvious I didn’t have the space for it.  It was just always there, waiting for me to get interested again.  Over 10 years passed and I never once had the urge to go back into a comic book store.  If you had asked me then if I was interested in the genre I would have said “no” and that I couldn’t see myself ever being interested again.  You know what they say about saying “never” right?

Sometime in 2006 I think I got word that Marvel Comics was working with Stephen King to produce a comic book based on King’s Dark Tower books.  For those of you that don’t know, The Dark Tower has been a minor obsession of mine since high school.  I knew immediately that I would be getting the book.  It wasn’t long until I checked with a local store to see if they would be getting the book.  Sure enough they were and that there would be a midnight launch of the title in February 2007.  I wasn’t really into the midnight launch but I asked if they would have plenty of copies.  They said yes and I made plans to stop by once the book was released.  I remember distinctly telling people I knew and even my wife that this could be a very bad thing.  It was this casual stopping at a comic store that got me started the last time.  I joked about how I would end up buying dozens of books a month because of Stephen King.  I really did think I was joking but something told me I was actually being prophetic.

I’m not sure exactly the events that followed.  I know I bought the Dark Tower issues as they were released and that at some point I picked up another book.  It was likely the current issue of Green Lantern but I don’t recall exactly.  Old habits die hard and sometimes not at all.  A few weeks after the Dark Tower launch I found myself going by the store every week, just like the old days, and saw my subscription list climbing.  This time it included some mature reader content like The Walking Dead and Fables.  I was impressed with the writing in this generation of books and even though I still ended up with some crap, most of it was (still is) very good.  It was nice to be enjoying a hobby again that I had forgotten about. 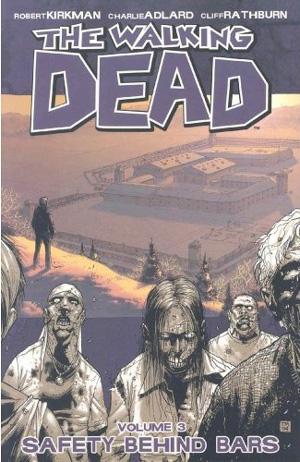 By early 2010 I was getting somewhere between 20 and 30 books a month.  I was reading all the books I used to read, Batman, Green Lantern, The Flash, as well as some new stuff like Terry Moore’s Echo (which is really great by the way).  I even got my wife to read a few things but not much.  She has tolerated this hobby as much as she can and I try to stay low key about it.  She seems to view it as an unnecessary expense and maybe rightly so.  I have also brought my daughter into the fold a bit.  Occasionally I will buy her something to read along with my stuff.  These days she will often asks me for something new and of course I oblige.  Sharing a hobby with a child is one of the great joys of being a parent.  Also, reading is fundamental right?

Sadly, this era seems to be coming to a close and not of my own choice.  The struggling economy is hitting everyone, myself included.  I have had to cut my pull list down to really only a few books and I am still looking at other books to cut.  The industry is also making things difficult in these tough times by raising the prices of books.  In 1993 books ran between $1.25 to $1.75 each.  By 2007 books started at $2.99 and often ranged up to $4.99 each.  By 2011 the standard price for a book will rise to $3.99.  That is a price that is going to force a lot of people, including myself, to decide which books are important and which are not.  I guarantee I will be cutting the weaker books from my list if not gutting the whole thing entirely
.  When it comes to reading comics versus eating…well…something tells me food might come first.

There is a ray of light in the darkness though.  Recently I have been introduced to Digital Comics on the iPad.  Here I can read the books for $1.99 at current prices.  Not only that but the presentation looks great with these early apps.  Most apps allow you to zoom in on panels which makes it easier to appreciate the art that goes along with the story.  The only downside right now is the publishers are not making everything available.  Obviously this is so they don’t cannibalize their print market too quickly.  This is understandable but I believe digital is where the market is heading.  While this really stinks for the retailers, especially the good ones out there, it is inevitable.  I think something will be lost by no longer reading books in print but that is the way of things.  It does make me hopeful that I can continue reading the books I enjoy at a price I can afford.  If you are interested in such things, check out Comixology.  There are plenty of free books available.  My personal recommendation is Chew from Image Comics.  I thought the first issue was very original and is a series I will be reading in either digital or collected versions in the near future.  Anyway, take some time to check out this dying medium.  There are great stories to be found. 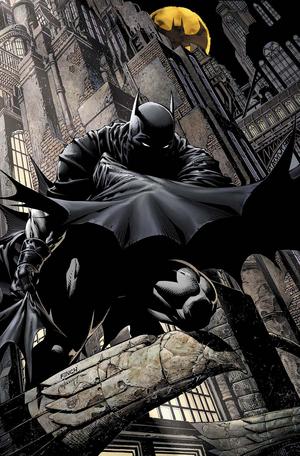 After all of this, where does it leave me?  I have a collection today that spans over 20 years with hundreds of titles and thousands of issues.  Although it also represents quite a significant investment, I don’t worry about the money.  I paid for entertainment and that is what I got.  The fact that I can go back and enjoy the product again is a bonus.  I think about selling some of the collection on occasion but I know that I can’t get much out of it.  One day maybe I will just donate the books to a children’s charity.  One day…but not today.  There is something comforting about knowing that all those stories I enjoyed throughout my life are sitting right there waiting for me to read them again.  It is also nice to know that maybe I will be able to share the books with my children or grandchildren one day.  That is if they don’t think dad/granddad is off his rocker.  I also wonder if there is a time coming soon when I will give it up completely again.  Tightening budgets and rising prices certainly make it more of possibility.  Maybe, but again, not today.  No, today I will keep reading even if I am not reading as much.  Why?  Because I enjoy it.  Some people like going to football games, some like drinking.  Others spend hours watching reality television.  People get enjoyment out of many things.  Me…I like comic books.

My name is Jeff and I am a Fanboy.