One of the domains that leads here is thefilmfanatic.com.  In fact, this site had its origins as a film review and discussion site and I have been unwilling to let go of that domain for the past twelve years or so.  I never really launched a full site under that domain and ended up using it for the blog once I got interested in self-publishing software.  Eventually the title of the blog became the main domain and thefilmfanatic.com idea got put into the “file” for later use.  For some time now I have just pointed that domain at this site.  I assumed that since I had some film content and discussion here it wasn’t such a bad thing.  Backstory aside, I’d like to discuss something that has become quite the big deal in movie-making and film going over the past few years.  That something is the new wave of 3D. 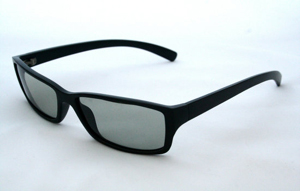 On the whole I am not a huge supporter of watching films, or television for that matter, in 3D.  Certainly the technology has come a long way since I watch The Creature from the Black Lagoon in 3D with the classic red and green glasses nearly 30 years ago.  Granted this was a network television presentation but what I remember from that experience is that the movie just ended up looking a little fuzzy even after “calibrating” the TV.  Since then I have experienced 3D in many forms.  The best had always been the 3d presentations at DisneyWorld.  Things like Muppet Vision 3D made a big impact on me but even those short experiences convinced me that 3D would never be more than a gimmick.  The problem I seem to have with the concept is that you have to wear glasses.  I don’t like wearing glasses.  I have bad eyes and wear contacts 90% of my waking hours but I know what it is like to have to wear glasses.  They are uncomfortable and just a general nuisance.  With 3D they are even worse because obviously they have to be made generic enough to fit everyone so comfort becomes even more of an issue.  I can’t imagine what it is like for someone already wearing glasses to have to but another set on top of the ones they need to see.  The comfort issue is really just one problem and probably a small one over all.

The bigger problem I have with the way 3D is done, even in this modern age, is what it does to the film going experience.  I, like a lot of other critics including Roger Ebert himself, believe 3D ruins the presentation.  Unless the theater is tweaked just right the 3D glasses darken the image.  Even my two showings of Avatar felt too dark and that film by far is the best utilization of the 3D process that I have ever seen.  Granted I might be a little sensitive to presentation given I work in an industry where I am constantly looking at the quality of projected images but when a film looks to dark it takes away from the enjoyment of the experience.  I think this is my biggest complaint with the state of the technology today but even if that issue can be solved there are other problems I don’t know if I can get past.

Wearing glasses limits your vision.  No matter how directly you stare through the lens you are always aware of the border.  I dislike the obstruction and it takes me out of the moment.  It also makes me remember how uncomfortable the glass become as soon as they are put on.  I am just the kind of person that is annoyed by anything that takes away from my enjoyment of the experience and after fighting babies in R-Rated pictures, chatty first daters, and the persistent phone users one more annoyance is just too much.

Finally comes the effects of 3D on film-making itself.  Many film-makers tend to pander to the technology.  The days of throwing pies at the audience are over but there are still those weird moment that you know were inserted just for the 3D aspect of the scene and not to further the story.  Who likes this?

Ebert said it best this way, “Have you ever watched a 2-D movie and wished it were in 3-D?”  No.  Not once have I ever wished a movie was in 3D that wasn’t.  In fact, I have seen many recent 3-D films in 2-D just because I didn’t feel like dealing with the hassle of 3-D.  I even support the idea of seeing Avatar in 2-D.  The 3-D usage in that film is amazing but overall it has a limited effect on the film and if you don’t see it in 3-D you are not ultimately missing much.  I will say though if you want to see a film that uses the technology well then Avatar is the one to see.  I saw Burton’s Alice in Wonderland in 2-D and never wished I had seen it in the other format.  That, I think, is the biggest thing.  It just doesn’t add enough to the experience for me to care.  I certainly don’t think the technology is worth the inflated cost of the ticket.

I won’t go into the price thing other than to say I understand why it costs more buy really can I not get at least a little discount if I save the glasses?  Yes, I understand the projector is the biggest reason for the increased price but how about we encourage people to bring back the glasses?  Wouldn’t this be one of those “green” initiatives?  I like the recycling idea but I have to assume they are being cleaned somewhere which leads to pollution.  Oh, and how about the hundreds of little plastic bags that are thrown away every day?

At the end of the day it comes down to economics.  The movie industry doesn’t like this technology because of what it adds to the experience.  The industry likes it because it inflates prices and gives people a reason to come back to the multiplex.  People can’t get the 3-D experience at home so digital 3-D is a selling point.  It is the same reason 3-D was invented in the 50s.  People were not going to the movies because of TV and the industry had to find a way to get them back.  3-D was one of many gimmicks tried which ultimately failed.  This time the gimmick seems to be getting a better hold.  Yes it is better than the old version but overall it still doesn’t really do much.  Better film-making and story telling would go a long way to getting people to come to the theater.

So, in general think 3-D isn’t a good thing.  I will continue to see the occasional film in 3-D just to see how things are progressing.  In fact, there is one coming that I am really looking forward to.  I think Tron Legacy could be as important as a 3-D release as Avatar.    Maybe it is the geek in my but this film seems to be the perfect subject matter to really make 3-D part of the story.  Maybe I will revisit this post after that movie.  Until then…FLYNN LIVES.