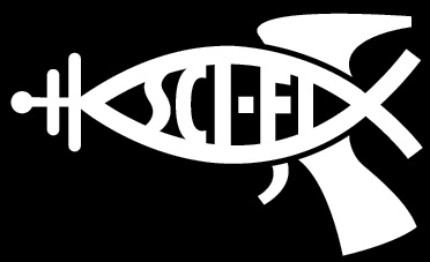 There was quite a bit of talk about the return of Sci-Fi to the Oscars this year.  With both Avatar and District 9 receiving multiple nominations including best picture it is no wonder the film world turned its eyes to the genre.  Of course box office performance is nothing to be overlooked either but Academy Award nominations certainly gave the films even more exposure.  I felt the nominations were deserved, at least until Sunday when my mind changed.  A bit anyway.

On Sunday I was getting ready to leave to attend an Oscar event (as part of the help but we won’t talk about that too much) and noticed Children of Men was showing on one of the cable channels.  Children of Men is a film I have a great fondness for even though it is difficult to watch in spots.  The really amazing thing about the film though is that it manages to be Sci-Fi without looking like it.  The film tells a human story about people struggling to survive in a world that no longer seems to make sense.  There are just enough technological trappings to make the audience aware that it takes place in the near future but it doesn’t waste time showing you why the technology is so cool.  This is what all good Sci-Fi does.  It creates worlds in which human stories can be told without all of the baggage that comes with telling the story in the present day.  The Sci-Fi setting can also make tough moral and ethical stories easier to tell due to fantastic situations.  Done properly, Sci-Fi tales that capture our interest can also teach and inspire and films like Children of Men are prime examples of such storytelling done well.

So what does this have to do with the Academy Awards and the films nominated for best picture.  Well, my feeling today is that neither Avatar or District 9 are shining examples of Sci-Fi.  Maybe they were nominated for their accomplishments as film.  That is fine.  Compared with other films in the genre, however, they fall flat.  Children of Men did not garner a Best Picture nomination even though it is masterfully shot, well directed, well acted, and is a film that leaves the audience quiet and stunned even as the credits begin to roll.  I think I realized this Sunday as I sat and watch truly expert film making and storytelling.  A film might be pretty, use revolutionary technology, or be massively successful from a budget point of view but I think if it doesn’t make you stop and think about life, the universe and everything then maybe it is not best picture material.  That is exactly how I feel about Avatar and District 9.  I enjoyed both films.  Very much so in fact but in the end they were both simple action/adventure films that didn’t really stick with me once the experience of the film was over.  I suppose it is for that reason that I never thought they had a chance to win the award.  Seems I might have been right.